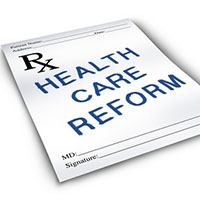 The American Health Care Act (AHCA) passed the U.S. House of Representatives on May 4, 2017 by a very narrow margin (217 to 213). This bill is the House’s version to repeal and replace the Patient Protection and Affordable Care Act (PPACA, ACA, Obamacare…take your pick). There is a great deal of punditry, commentary, and emotion involved on both sides of the aisle as it relates to the AHCA and repealing the Affordable Care Act, but getting down to brass tacks, what is really in the repeal bill?

The House Ways and Means as well as the House Energy and Commerce Committees are the primary committees that have jurisdiction over healthcare originally introduced the AHCA to less than stellar reviews and the floor vote was cancelled due to lack of support. The original AHCA contained the following provisions:

Due to the lack of support for the AHCA, a number of amendments have been added to the bill to garner the votes necessary for yesterday’s passage. Many relevant ones will be outlined here, but the key amendment to push the bill over the finish line was introduced by Representative Fred Upton of Michigan:

Some of the other amendments that made changes to the AHCA include:

The amendment getting the most coverage is part of one added by Representative Tom MacArthur of New Jersey that would:

Can the AHCA Survive the Senate?

Now that the AHCA has passed the House of Representatives, it moves on to the Senate where Republicans have a 52-48 vote majority. The AHCA was introduced via a process called reconciliation which is a way of basically saying that legislation only needs a simple majority of 51 votes to pass (there are a bunch of other rules regarding reconciliation, but the key one is that it allows legislation to avoid a filibuster and pass with a simple majority vote). Given the Senate is usually considered much more moderate and deliberative, it is an almost certainty that the Senate will change the AHCA and some pundits forecast them writing their own bill. IF the Senate passes the AHCA in some form, the bill would then need to go to conference committee where differences between the House version and the Senate version are resolved as both the House and Senate must pass bills that have the exact same wording. Once some form of the AHCA comes out of the conference committee, there is no guarantee that bill could pass the House and/or Senate.

All of this means that even though the President and House of Representatives are celebrating passing the AHCA, it does not in any way mean that the repeal and replace of the ACA is imminent. As a long-time watcher of this process and politics in general, I am not sure whatever changes the Senate comes up with and the bill that comes out of the conference committee would be able to pass the House given how polarized the Republican caucus is. BWSI will continue to monitor developments on healthcare reform legislation and update as it becomes available. 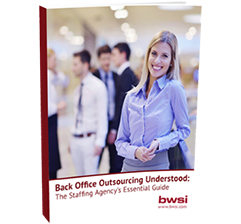