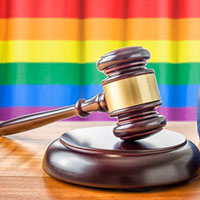 If you think the world of staffing is constantly changing, you should try keeping up with the trends in LGBT employment law. From the recent Seventh Circuit Court’s decision in Hively v. Ivy Tech Community College to the EEOC’s strategic enforcement plan, the law is changing rapidly as it pertains to discrimination and the LGBT community. This is to say nothing of the rapidly changing public sentiment concerning LGBT issues and the negative publicity that ensues should you be caught on the wrong end. As of 2011, there were an estimated 700,000 transgender Americans and that number is much likely higher. Of these transgender Americans, 90% have experienced harassment, discrimination or mistreatment in the workplace. It is also important to note that where LGBT anti-discrimination laws exist, the rate of harassment/discrimination claims is roughly the same to other sex and race discrimination claims. In this post, I will try to outline some basics in this rapidly developing area of employment law and human resources.

In order to understand this, it is important that you have a good working definition of the terminology involved.

Gender discrimination results from treating someone differently because that person identifies with a gender different from their biological gender.

There are many forms of sex discrimination or harassment against LGBT employees that you may not consider and can definitely be found liable for:

Until recent court decisions, which are sure to be eventually decided by the U.S. Supreme Court, there is no federal law that explicitly protects LGBT individuals. Many states and local governments have stepped in to specifically address this issue:

The EEOC in fiscal year 2015 received a total of 1,412 complaints/charges that included allegations of sex discrimination related to sexual orientation and/or gender identification. This is a 28% increase in the number of charges from the previous fiscal year. The EEOC in 2014 filed its first two suits on behalf of transgender employees against private employers. Furthermore, LGBT employees have been a top priority in the EEOC’s Strategic Enforcement Plan since 2013.

In a landmark case in 1989, the U.S. Supreme Court decided in Price Waterhouse v. Hopkins that a person’s gender and not just their biological sex is protected under Title VII and that Title VII prevents “gender stereotyping”. Gender stereotyping is where (and exactly what happened in this case) you discriminate against an employee because of their gender manifestation—i.e. “you aren’t female enough”, “maybe if you wore dresses or some makeup”.

It is also important to realize that other employees’ or clients’ discomfort or objection to the presence of a transgender employee in the restroom, for example, is not an excuse as a matter of law for discrimination.

On April 4, 2017, the Seventh Circuit Court of Appeals (and one considered relatively conservative) rocked the employment law world in an en banc (all the judges of the Seventh circuit) review of Hively v. Ivy Tech Community College. In an 8-3 ruling, they became the first federal court of appeals to rule that sexual orientation claims are actionable under Title VII. To quote:

“Viewed through the lens of the gender non-conformity line of cases, Hively represents the ultimate case of failure to conform to the female stereotype (at least as understood in a place such as modern America, which views heterosexuality as the norm and other forms of sexuality as exceptional); she is not heterosexual.”

The plaintiff, Kimberly Hively, alleged that Ivy Technical College where she worked as adjunct faculty, denied her fulltime employment and promotions for over 14 years and eventually terminated her because she is a lesbian. She applied for at least six fulltime positions over a five-year span, and received no promotions before her part-time contract was non-renewed in 2014. This decision is the first to clearly state that sexual orientation IS sex discrimination under Title VII. This decision is the opposite of other circuit courts and will definitely be ruled upon by the U.S. Supreme Court in my opinion.

Where to Go from Here?

As you can see, the law is rapidly evolving and the need to stay on top of these issues is vitally important for your staffing agency. A few best practices:

The aforementioned best practices are really just common sense human resources practices and can be applied to just about anything regarding your employment practices. However, awareness, considering how rapidly this area of law is evolving is probably the most key as it pertains to LGBT employees. I can say from personal experience that the LGBT community is a goldmine of experience, talent, and initiative that will be an asset to any organization. At the end of the day, all your hiring and employment decisions should simply be based on merit—it is about attracting and placing the best talent that is the best fit for your clients after all.